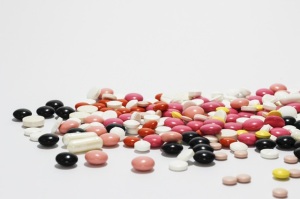 An infographic compiled by international healthcare network MEDIGO explores some of the facts and figures behind claims from both sides of the EU referendum campaign about the NHS. In this post, marketing manager Andrew Cherrie explains the motivation behind putting this together.

The National Health Service has always been used for point scoring across all sections of the political spectrum, with the level of polemic during the Brexit debate reaching unprecedented levels. Both Vote Leave and Remain have thrown the NHS into the spotlight as part of their campaigning. Whilst one side would have you believe that Brexit is the only hope for a failing health service, the other predict an apocalyptic end for the NHS if Britain were to vote to leave the EU on Thursday.

In Scotland alone, two acutely contrasting messages have emerged this week. The director of Vote Leave in Scotland, former Labour MP Tom Harris, claims that a remain vote would leave the NHS needing an extra £309 million a year, rising to £624 million by 2030. First Minister Nicola Sturgeon, meanwhile, has pleaded for Britain to remain in order to save the NHS from collapse.

With all manner of figures, predictions, estimations and downright lies being thrown around, there seems to be very little room for reasoned assessment. Both sides have an agenda to push and have resorted to sensationalist claims. The cherry picking of facts and figures to be manipulated and taken out of context has been a constant theme of the NHS/Brexit debate.

It is for this reason that MEDIGO decided to produce this infographic, which aims to present the key facts about the relationship between the NHS and the European Union.

Throughout the course of our research, it became more apparent that a number of myths about the NHS and the EU were unfounded. Whilst the treatment of visitors from the EU does cost the NHS millions of pounds a year, visitors from outside the EU still make up the large majority of the bill for treating non-UK residents. £300 million a year on the treating EU visitors seems a scandalous amount when taken out of context – but compared to the £1.5 billion spent on non-EU visitors, it appears the EU is not as big a drain on resources as some are led to believe.

In fact, under the EU cross-border health directive, the UK is entitled to claim back the cost of treating visitors from other EU countries but is notoriously bad at doing so – only around 20% of costs are recovered each year.

By providing this kind of comparative context we hope to deliver a more balanced view on the subject.

Nobody can say with certain whether the NHS would be better or worse off with Britain outside the European Union. The likelihood is that the current problems of the NHS are not explicitly linked with the EU, as the Vote Leave campaign like to claim, but neither is the future of the NHS utterly dependant on Britain staying in the EU as Remain seem to believe.

MEDIGO is a curated international hospital marketplace. The full infographic ‘NHS and the European Union: The Facts’ is available here.