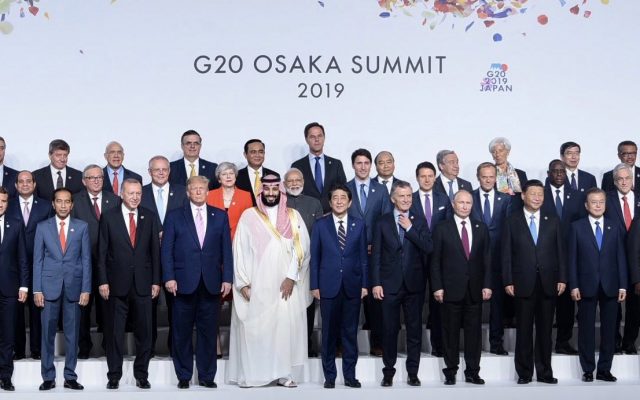 Only weeks away from the confirmation of Josep Borrell as the EU’s High Representative for Foreign and Security Policy, Marta Kozielska and Benjamin Martill take stock of the challenges and trade-offs current world politics present him with.

European Values and the Extra-European World

Josep Borrell, the EU’s nominee for the position of High Representative for Foreign and Security Policy, and former Spanish foreign minister, arrives in post at a challenging time. International order is weaker than it was a decade ago, with those who designed it (the US, Britain) and those who wish to change it (China, Russia) testing its stability. The US’s commitment to Europe, upon which European integration itself was constructed, feels weaker than ever before under Donald Trump. NATO is in disarray. The regional security situation is poor, with a host of crises and intractable civil conflicts on the Union’s border.

But, perhaps most importantly, the EU is starting to encounter value-conflicts in a way it has never had to before. Borrell’s chief task will not just be grappling with the rising superpowers and enfeebling stabilitysince this is conceptually simple–but pushing for greater coherence and joint capabilities and deploy them in service of the promotion of EU values.

What, if anything, is distinctive about the EU as an international actor? Aside from its unique organisational composition, scholars and policymakers often point to the EU’s values-based foreign policy as its distinguishing feature. The EU, we are told, acts as a “force for good in the world”, promoting democratic values, liberty and good governance wherever it can, and working to support a multilateral and well-functioning international order. And successive High Representatives have been keen to stress both elements of the Union’s moral commitment to democracy and to multilateralism.

Javier Solana, the EU’s foreign policy pioneer, and Catherine Ashton both claimed–reading from the EU’s hymn sheet, as it were–that “we do crisis management the European way. With a comprehensive approach. In support of international law and agreements. And in close co-operation with [key] partners”. The current incumbent, Federica Mogherini, made similar remarks recently, and also emphasised her view of Europe as “a cooperative and multilateral power by definition” and a “leading global actor in the promotion and protection of human rights and democracy”.

In short, both concepts – democracy and multipolarity – have been at the heart of the EU’s self-identity over the past several decades.

As theorists of international society have spent decades pointing out, democracy and multilateralism do not–conceptually speaking–go hand in hand. Multilateralism is about states’ rights, not individual rights. But promoting both simultaneously was, in fact, straightforward and successful in the post-Cold War world, characterised by the third wave of democratization and the extension of Western international order around the globe.

Cooperating with allies meant working with like-minded states. Questionable regimes were, in the most part, thought to be steadily (if shakily) democratising. Rogue states tended to be smaller, or pariahs, and did not need to be included in whatever multilateral coalition was being assembled. In any case, since the US bore responsibility for the upkeep of international order, few responsibilities fell to the EU.

This is no longer the case, however, and much has changed over the last few years. The US, it seems, has given up on multilateralism. Concerned states look to Europe to keep the order afloat. Rogue states cannot be marginalised; they are now major players. And working with the international community no longer means working with like-minded states and democratic allies.

These changes–variously described as the move to a ‘post-Western’, ‘multipolar’, or ‘polycentric’ world order–have important implications for the EU’s values-based approach to world politics: They make reconciliation of the EUs’ distinct moral commitments increasingly difficult.

Recent diplomatic difficulties with China expose these normative divisions. The EU wants to keep China onside as a key player in the liberal international order, which the new superpower has both criticised and yet heavily benefited from. But China’s opaque political system and neglect for human rights causes consternation in Western capitals and makes European support for engagement with China look like the betrayal of its normative agenda.

Such accusations miss the point, if not the complexity, of the EU’s difficulties in dealing with China, which are intractable because they pit the EU’s self-declared values against one another. If the price of keeping illiberal states onside is increasingly to look the other way when they ride roughshod over human rights and democratic freedoms, how does one defend one’s support for multilateralism, reciprocity, and cautious diplomacy?

This is no longer a theoretical question. This month, for instance, China refused a visit from the German Bundestag’s digital affairs committee if it included Margarete Bause, placing a travel ban on the Green MP and vocal critic of China’s treatment of minorities and dissidents. The EU, meanwhile, was accused of a weak response to the killing of Saudi journalist Jamal Khashoggi in Turkey in October 2018, and its response to large-scale human rights violations has been weak, characterised by distractions and competing priorities.

Over to You, Mr. Borrell…

As he steps into his new role, Borrell will have to decide whether and to what extent the EU’s support for democracy, human rights, and good governance can be allowed to override its commitment to apluralist and multilateral international order. Some decisions may indeed be ‘positive sum’, and diplomatic engagement and international order can further domestic rights-protection in a number of ways–not least by removing from would-be rights abusers some of the ‘external enemies’ that serve as justification for anti-democratic measures. But in other instances hard moral choices will be required, and the complementarity between the two sides of the EU’s normative agenda cannot be assumed–the harsh realities of world politics simply will not allow for this.

But these trade-offs can, and should, be carefully appraised so the stakes are clear to both policymakers and publics alike. This is important for setting expectations both on what the EU is able to achieve, and what it should hope to achieve, given the potential downsides. Certainly, it is important that normative trade-offs are recognised, explored, and explained. The EU places itself in an impossible position if it does not do so, since it will be help to impossible standards, and any failures will be attributed to a lack of concern for international morality, which is precisely the opposite of the problem the EU faces.

With the rise of polycentrism and a more plural international order, how the EU responds to the trade-off between its divergent normative agendas will set an important tone for world politics in the coming decades. It is a challenge worthy of Borrell, who has many years’ experience navigating the myriad tensions of foreign policy. But these are very challenging times indeed. Practicing what one preaches has never seemed more difficult.

This piece was originally posted by the Dahrendorf Forum and is reposted with permission.

Marta Kozielska is an Associate at LSE IDEAS.

Benjamin Martill is a Dahrendorf Forum Post-Doctoral Fellow based at the London School of Economics and Political Science.

This blog draws on research conducted for the recent Dahrendorf Forum Working Paper: “Coping with Multipolarity: EU Values and the Stability of International Order”.