A new draft for the withdrawal agreement published by the Brexit negotiators on 19 March presents its part on citizens’ rights, as ‘agreed at negotiators’ level’. Polly Polak explores how this would change current rights to family reunion, for EU citizens living in the UK and for UK citizens living elsewhere in the EU.

The number of EU citizens living in the UK and UK nationals living in other Member States is hard to gage, but it is generally estimated that there are approximately 3.7 million EU citizens living in the UK, and 1.3 million people born in the UK living in other EU countries. These citizens and their families will be directly affected by Brexit for the simple reason that their right to reside in their host states currently stems from EU law, and will no longer apply after Brexit. END_OF_DOCUMENT_TOKEN_TO_BE_REPLACED

In this article originally written for Discover Society, Verena K. Brändle, Charlotte Galpin, and Hans-Jörg Trenz explore pro-European mobilisation in the UK as an emotional counter-reaction to populist discourse during Brexit and its claim of a unitary representation of the sovereign ‘will of the people’.

Since the referendum in June 2016, a new phenomenon of bottom-up, self-organized pro-EU mobilisation has appeared in the UK. In the days following the referendum new initiatives and groups emerged to represent the voices of the ‘48%’ who voted to remain in the EU. Instead of relying on established party structures and media, anti-Brexiters self-organise on social media. New Facebook pages or Twitter campaigns are used to reach out but also to network between local and regional pro-EU groups and to organise campaign activities such as street stalls, family days, public meetings, and rallies. In coordination on a regional and national level, these groups have organised a number of large anti-Brexit marches in London and other cities around the UK.

END_OF_DOCUMENT_TOKEN_TO_BE_REPLACED 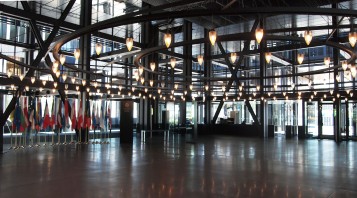 In the second blog post of the series on Brexit and the ECJ, Piet Eeckhout, Dean of UCL Laws and Academic Director of the UCL European Institute, discusses citizens’ acquired rights and ECJ jurisdiction post-Brexit. Assessing the EU’s position on the issue, he argues that, although rather extravagant at first glance, it is not as unreasonable as it may seem.

In the Brexit negotiations the EU insists on continued ECJ jurisdiction over the provisions of the withdrawal agreement concerning so-called acquired rights: the rights to free movement and non-discrimination (and many other rights) of EU citizens who at present live in the UK, and UK citizens living in the EU.  It’s a negotiating position which at first sight looks pretty extravagant.  By the time the withdrawal agreement enters into force the UK will have left the EU and its institutions, including the ECJ.  The proposal would presumably mean that, in matters of acquired rights, UK courts would continue to make references to the ECJ; and that the full force of EU law and of the Court’s rulings would continue to apply in these matters.  As has been noted this would be wholly unprecedented: no non-member state subjects itself to this kind of “direct” jurisdiction (though as I pointed out in my previous post on the ECJ and Brexit it is preferable to speak of an indirect jurisdiction).  The UK government rejects the proposal, pointing out that the UK courts are perfectly capable of enforcing these acquired rights.  What are we to make of these positions?

END_OF_DOCUMENT_TOKEN_TO_BE_REPLACED 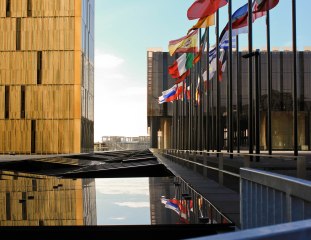 DExEU’s recent position paper on judicial overisght and the Brexit withdrawal agreement certainly left more room for ECJ jurisdiction continuing post-Brexit than has been previously indicated by the government. In this blog post, Piet Eeckhout, Dean of UCL Laws and Academic Director of the UCL European Institute, explores the functioning of the ECJ and its relationship with the legal systems of the member states. He argues that if the UK wants to continue cooperating in EU regulatory frameworks, programmes and initiatives, it will have little choice but to accept the jurisdiction of the ECJ.

The Brexit negotiations have started, and it is becoming clearer by the day that the ECJ’s jurisdiction is a major issue.  That is not surpising as the ECJ was always the elephant in the room of the referendum debates.  Even if the Court’s role was never properly scrutinised in those debates, Brexiters managed to paint a picture of EU law and its Court ruling supreme.  The UK was no longer truly sovereign, UK courts were bound by Luxembourg, and control had to be taken back.