Michael Keating, Professor of Scottish Politics at the University of Aberdeen, discusses the factors which make a small state successful, noting that such states have a stake in rules-based international regimes, but have pursued highly divergent social and economic models.

At one time, it was generally assumed that large states enjoyed advantages in the form of large internal markets, military capability and economies of scale. Now it is increasingly recognized that small states may do equally well or better in the modern world.

END_OF_DOCUMENT_TOKEN_TO_BE_REPLACED

Filipa Figueira, Teaching Fellow at UCL SSEES, assesses Boris Johnson’s decisions as PM. She notes that his behaviour is perfectly understandable, and perhaps even predictable, if we adopt a rational choice perspective. As such, he is a useful case study for those seeking to study such behavioural models.

Boris Johnson’s recent election victory may have upset many, but on the bright side it could be useful to those of us who are interested in the economic and political theories of rational choice. Those theories aim to understand and forecast behavior, based on the assumption that individuals act in a rational way, as to maximise the benefits and minimise the costs of their actions. As such, as an extreme case of a self-centered political actor, Johnson could potentially become a useful case study of political behaviour.

END_OF_DOCUMENT_TOKEN_TO_BE_REPLACED

Benjamin Martill, Lecturer in Politics and International Relations at the University of Edinburgh, begins by outlining the limitations of EU security and defence cooperation. He then explains that cooperation post-Brexit will be difficult, as the EU will set a high bar for UK participation in its security initiatives, and both sides have an incentive to show they can function without the other.

Brexit has created challenges across a number of policy areas. The field of security and defence, however, is characterised by distinct dynamics, given the somewhat different nature of this field of collaboration. The effects of Brexit will be mitigated in some respects, but crucial challenges remain.

END_OF_DOCUMENT_TOKEN_TO_BE_REPLACED 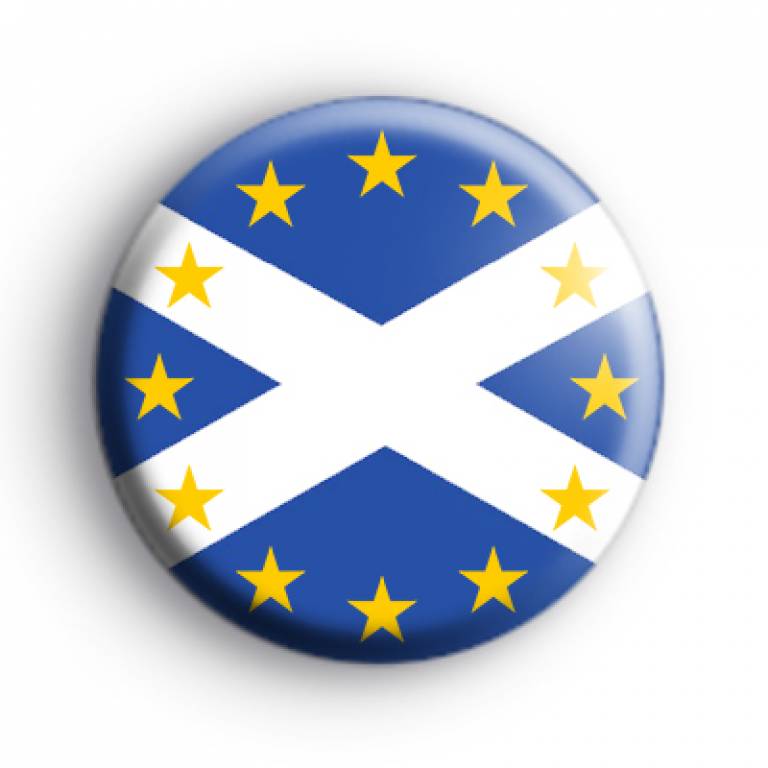 In this long-read, Kirsty Hughes, Director of the Scottish Centre of European Relations, discusses which strategies, tactics and alliances the Scottish Government should pursue, in order to develop its European strategy and build networks and influence post-Brexit.

This blog is part of our project on ‘Small States in the EU’ with the Scottish Centre on European Relations.

The question of how much power and influence smaller and medium-sized EU member states have, compared to larger ones, is a recurring one in analysis of the Union. While many of the political and policy divisions in the European Union have little to do with size, an enlarging Union, down the decades, has made sure issues around voting power and political representation periodically come up, usually around treaty change. In an EU of 27 states, how to have influence and impact is a question for all countries, but it’s also one that can be more demanding to answer for smaller states.

END_OF_DOCUMENT_TOKEN_TO_BE_REPLACED

Luis González García is a trade lawyer at Matrix Chambers. Here he explains what the ‘level playing field’ means and why it is going to seriously complicate the Brexit trade negotiations.

The UK has left the EU. Now negotiators from both sides need to reconcile their diverging interests. The UK wants to have the ability to change its regulations in order to compete in the world economy and negotiate meaningful trade agreements. The EU wants to maintain a level playing field between the UK and the EU27 and safeguard the stability of the Single Market. Recent events on both sides of the Channel have signalled how challenging this reconciliation might be.