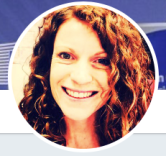 A new draft for the withdrawal agreement published by the Brexit negotiators on 19 March presents its part on citizens’ rights, as ‘agreed at negotiators’ level’. Polly Polak explores how this would change current rights to family reunion, for EU citizens living in the UK and for UK citizens living elsewhere in the EU.

The number of EU citizens living in the UK and UK nationals living in other Member States is hard to gage, but it is generally estimated that there are approximately 3.7 million EU citizens living in the UK, and 1.3 million people born in the UK living in other EU countries. These citizens and their families will be directly affected by Brexit for the simple reason that their right to reside in their host states currently stems from EU law, and will no longer apply after Brexit. END_OF_DOCUMENT_TOKEN_TO_BE_REPLACED

Uta Staiger, Deputy Director of the UCL European Institute, argues that the EU-Turkey deal should have no role in the Brexit debate, yet it brings the crucial question of the European Union and migration into focus at an inopportune time.

Migration has not been out of the news in months. Net migration into Britain has never been higher, despite the prime minister’s promises to reduce numbers “no ifs, no buts”, and it consistently clings to the top spot in British voters’ list of priority concerns. Inextricably linked with EU membership, given the principle of free movement, it has become the touchstone of the Brexit campaign.

Damian Chalmers, Professor of EU Law at LSE and Fellow of UK in a Changing Europe, argues that the EU will continue to be perceived as authoritarian until it reforms its relationship with national citizenship and political community. This piece is part of the UCL European Institute’s commissioning partnership with openDemocracy.

When the EU’s heads of state and government met in Laeken in 2001 to start the process that culminated in the Lisbon treaty, it was not meant to be like this. A new settlement was to be built that would not only be the byword for constitutional democracy beyond the state but that would also provide the framework within which a post-national community could live at ease with itself. Individuals were to be as comfortable being and living alongside EU citizens as they were alongside national citizens.

Fast forward nearly 15 years and migration has become a touchstone for the dissolution of that dream. The rawness of its politics has consumed the EU’s decision-making structures and seemingly overwhelmed its authority. More pervasively, migration is associated with a climate of popular mistrust of political institutions, both national and EU, in which the latter are perceived by a part of the citizenry as unresponsive and unable to deal with claim and counterclaim. The commitments of national citizens to foreigners, be these other EU citizens or non-EU nationals, has been called increasingly into question and into competition with commitments to fellow nationals. END_OF_DOCUMENT_TOKEN_TO_BE_REPLACED

Thijs Berman, former MEP and journalist, argues that EU referendum debates in the Netherlands show that decades of democratisation have led to a new kind of a citizen that demands to be heard. This piece is part of the UCL European Institute’s first guest editor week on openDemocracy.

Those in the Netherlands who were in favour of the EU’s draft constitutional treaty in the 2005 referendum campaign most often naively underestimated the challenge. When the treaty was rejected by a large majority, the outcome came as a cold shower to many of them. END_OF_DOCUMENT_TOKEN_TO_BE_REPLACED