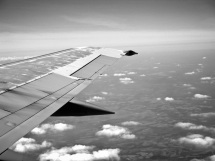 Sam Ashworth-Hayes, journalist at InFacts, highlights how a recent report by Migration Watch misrepresents research findings from UCL academics on the fiscal effects of immigration to the UK by EEA citizens.

Given the focus the Leave campaign is putting on immigration, it is unsurprising that a report from Migration Watch purporting to show that immigrants from the European Economic Area* (EEA) are a drain on the public purse has grabbed the imagination of the eurosceptic press.

In a paper it says “extends” research from University College London, the anti-immigration pressure group says the Treasury spent more in 2014/15 on public services for recent EEA immigrants than they paid in taxes. The original research found that EEA immigrants in the UK paid made a positive contribution of more than £4 billion between 1995 and 2011. END_OF_DOCUMENT_TOKEN_TO_BE_REPLACED