Ronan McCrea, Barrister and Senior Lecturer in Law at UCL, draws parallels between the political structure of the UK and the European Union and argues that, with the growth of independence movements in Scotland and Wales, the UK increasingly resembles a loose collection of sovereign nations.

The United Kingdom is to leave the European Union, partly in order to protect the right to self-government of the UK as a nation state as expressed through the sovereignty of the Westminster Parliament. Interestingly, the reaction to the decision to leave the EU reveals the degree to which through a combination of devolution with increased recourse to referendums, the United Kingdom has drifted into being a kind of voluntary grouping of sovereign nations that bears significant similarities to the European Union. END_OF_DOCUMENT_TOKEN_TO_BE_REPLACED

In the aftermath of the EU referendum a number of Central and South East Europeanists wrote blogs reflecting on possible parallels between Brexit and break-ups of multinational socialist states like Yugoslavia and Czechoslovakia in early 1990s.

There are certainly parallels to be drawn.  They lie, as Catherine Baker notes, often in the political dynamics of exiting a large multi-national structure: the desire of smaller nations (Scotland) to ‘exit the exit’; the woes of asymmetric federalism, where nations ina multinational union have varying degrees of autonomy; the changeable nature of public opinion; the EU as a symbol of modernisation and liberalism (the ‘March for Europe’, and the normalisation of  radical positions through by media coverage – and now social media ‘echo chambers). END_OF_DOCUMENT_TOKEN_TO_BE_REPLACED

Public discussions about how the UK is to exit from the European Union have been too simplified, and have failed to come up with any solution that recognises that only England and Wales in fact voted to leave. Brendan O’Leary, Professor of Political Science at the University of Pennsylvania, outlines a way forward where those nations wanting to remain in the EU might be able to do so.

There has as yet been no Brexit, and there will not be – because there is no such entity as ‘Britain’. There could, however, be a UKexit. But those who insist that a 52-48 vote is good enough to take the entire UK out of the EU would trigger a serious crisis of legitimacy.

England and Wales have voted to leave the European Union, but Scotland, Northern Ireland, and Gibraltar have voted to remain. These differing outcomes have to be the central focus of political attention while we wait for the debris of broken expectations to settle. END_OF_DOCUMENT_TOKEN_TO_BE_REPLACED 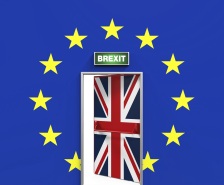 In the aftermath of last week’s EU referendum, the only thing we can be certain of is uncertainty, writes Professor Paul Ekins, Director of the UCL Institute for Sustainable Resources, as he outlines two absolutely contrasting scenarios.

So the British people have voted by a margin of around 4%, a little more than 1 million votes, to leave the European Union (EU). Where this will lead lies somewhere between two absolutely contrasting scenarios.

On the positive side, we can imagine that the months before the election of the new British Prime Minister in October see some healing of the great divide that has opened up in the UK, a decision by Scotland not to pursue independence, and Sinn Féin not to pursue a referendum on Irish reunification, a steadying of the economy by the Bank of England and current Chancellor, and therewith a steadying in both the stock and currency markets. Then, in October or November, the new Prime Minister presses the button on Article 50, to be met by a conciliatory European Commission which, over time, makes it clear that UK Associate Membership of the Internal Single Market can indeed be accompanied by restrictions on EU freedom of movement and less need for the UK to implement EU legislation. This takes the heat out of the UK Brexit impulse, so that agreement on UK/EU terms of engagement, which involves minimal disruption to trade and investment, swiftly follows. Businesses and the financial sector heave a sigh of relief and get on with business as usual. The damage of Brexit to the UK and EU economies, and to the UK and EU politically, is minimal, far less than was forecast by practically everyone. ‘Experts’, especially economists, become the butt of more jokes. In five years’ time the UK’s position in Europe is a bit like Norway’s, but immigration has been restricted by the new curbs on freedom of movement. Leavers are delighted and say ‘I told you so’. Remainers are mightily relieved that the meltdown they feared has not occurred. The curbs on the freedom of movement of labour are used by other EU Member States to take the heat out of their populist movements. The ‘reformed’ EU continues more or less as before. END_OF_DOCUMENT_TOKEN_TO_BE_REPLACED

The ‘Brexit’ debate has taken off in the UK in the ten days since David Cameron got his new deal at February’s European Council summit, with daily media coverage and social media from both sides swinging into gear. How the debate, and the polls, will evolve over the coming four months is unclear but, Kirsty Hughes explains, so far various paradoxes are emerging.

To all appearances, media coverage to date suggests that the Brexit debate is essentially only a debate between two different camps in the Conservative government: a debate between mild eurosceptics in the British cabinet, including the Prime Minister, against a half dozen strong eurosceptics also in the cabinet. END_OF_DOCUMENT_TOKEN_TO_BE_REPLACED