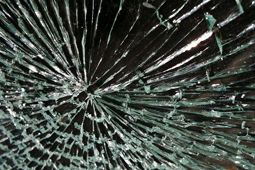 The Brussels attacks have been used by both sides of the Brexit debate to claim that the UK is either more or less secure as a result of EU membership. Richard Whitman, Professor of Politics and Senior Fellow at The UK in a Changing Europe , argues that rhetoric has played a greater role for both sides than evidence-based claims.

The Brussels airport and Metro bombings were swiftly incorporated into the UK’s EU Referendum debate. A number of Brexit campaigners drew almost immediate conclusions from the bombings, arguing that they highlighted why the UK could better provide for its own security against terrorism outside, rather than inside, the European Union.

In the week following the bombings current and former members of the intelligence and security communities claimed that the EU did, or did not, play a contribution in the UK protecting itself from terrorism. The majority of the claims made on either side where rhetorical and with little evidence produced to substantiate the assertions that were being made. END_OF_DOCUMENT_TOKEN_TO_BE_REPLACED