The image of the benefits-scrounging migrant is potent, but there is no evidence that this is widespread, say Catherine Barnard, Professor in EU and employment law at the University of Cambridge, and Amy Ludlow, College Lecturer and Affiliated Faculty Lecturer at the University of Cambridge. Migrants come to work and make lives, not to get a free ride. This piece is part of the UCL European Institute’s commissioning partnership with openDemocracy.

The rhetoric is familiar: “Tax credits ‘turned UK into a honeypot for EU immigrants’: worker on minimum wage could receive additional £330 a week”, as one Daily Mail headline read.

The drip, drip of negative press about EU migrants and benefits has pushed the issue to the top of the political agenda. In his November 2015 speech, which set out what he would like from ‘Brussels’ in the renegotiation, the British prime minister David Cameron made it clear that he wanted to “tackle abuses of the right to free movement, and enable us to control migration from the European Union, in line with our manifesto”. END_OF_DOCUMENT_TOKEN_TO_BE_REPLACED 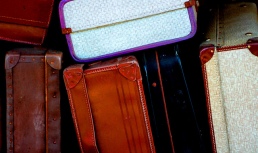 Jonathan Portes, Principal Research Fellow at NIESR, and a Senior Fellow of UK in a Changing Europe, takes a closer look at David Cameron’s EU deal, and asks what impact it may have on immigration to the UK, free movement of EU citizens, and the contested issue of access to in work benefits in the UK.

The President of the European Council, Donald Tusk, wrote on 2 February to the members of the Council (EU Heads of Government) setting out his proposals for a “new settlement for the UK within the European Union”. What does the proposal mean for free movement of workers in the EU, immigration to the UK, and our in-work benefit system? My very quick (apologies in advance for any inaccuracies or oversimplifications) are as follows. END_OF_DOCUMENT_TOKEN_TO_BE_REPLACED 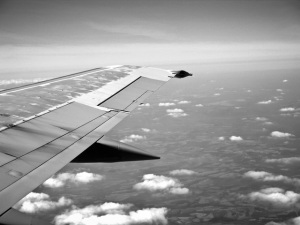 Ian Preston, Deputy Director of CReAM and Professor of Economics at UCL, puts forward the case for freedom of movement within the European Union. He explains how freedom of movement and economic migration is important for a dynamic and innovative economy, but it also brings with it redistributive considerations that cannot be ignored. At a time when many politicians conflate economic migration and asylum-seeking refugees, he argues that the two are perhaps not entirely distinct from one another – and discusses reasons why they shouldn’t be treated as one group.

Some economic advantages of free movement of labour

Free movement of labour, in the sense of absence of restriction on European citizens’ rights of location for the purpose of work, has been a longstanding goal of the European Union. But this goal has come under increasing attack, from a variety of directions. Critics include not only those hostile to European Union membership but also some who are professedly sympathetic to membership but who appear sceptical about the benefits or long term viability of unrestricted cross-border mobility of people in modern Europe.

Judged in economic terms, the case for free movement of labour, within or between countries, is strong since mobility of workers has compellingly positive aspects. END_OF_DOCUMENT_TOKEN_TO_BE_REPLACED