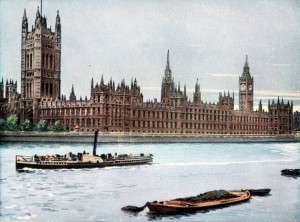 David Cameron wants national parliaments to have more say in the EU, but other European capitals have little appetite for radical change. Agata Gostyńska-Jakubowska, Research Fellow at the Centre for European Reform, argues that he should instead focus on improving existing mechanisms for parliaments to influence draft EU legislation.

The British Prime Minister, David Cameron, has been touring European capitals to present his package for reforming the EU. Among other things, he wants a stronger role for national parliaments in the EU, but he has yet to make detailed proposals. Philip Hammond, the foreign secretary, calls this the “scoping stage” during which Cameron is testing Europe’s appetite for reforms. END_OF_DOCUMENT_TOKEN_TO_BE_REPLACED